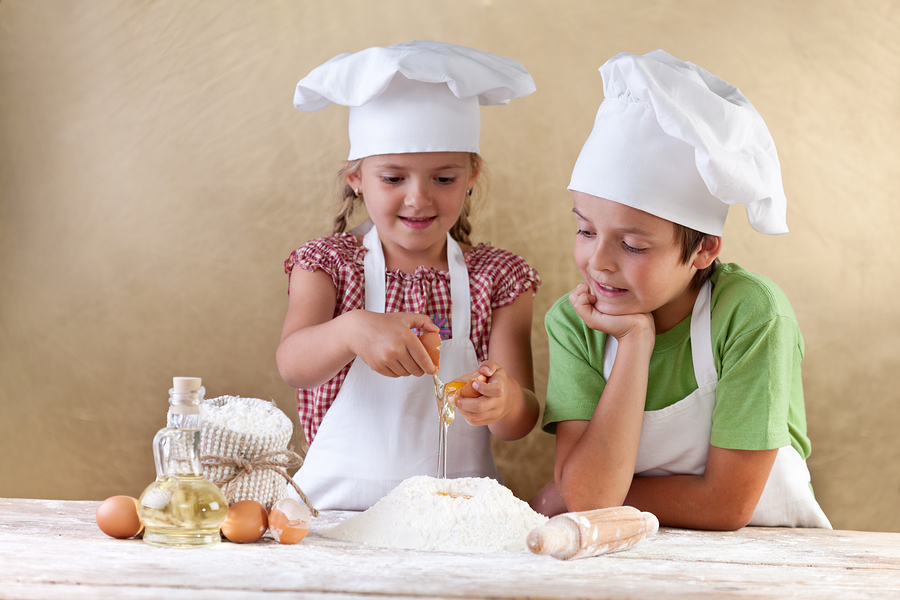 Many parents come in with primary or secondary concerns about feeding. They often have a lot of anxiety about the feeding. Also, feeding can be very confusing, because on the one hand they want their child to eat good food, and on the other hand they just want the child to get enough calories.

It seems like everyone, from your pediatrician, to your mother in law, to the person standing next to you in the grocery store, has all sorts of advice for feeding. We’re going to counter some of the myths surrounding feeding, to help alleviate some of the anxiety and a lot of the guilt that parents typically have.

Myth #1: Eating is not the top priority. People think that feeding is the most important priority for a child’s body. And it’s not—the number one priority is breathing! If a child can’t eat and also protect their breathing, or if they don’t feel safe breathing and eating, they’re going to choose breathing over feeding. So when you go in with the mentality that says, “I’m going to make you eat, and you’re going to want to eat because that’s what your body needs,” the child may respond with “Mmmmm, no, I’m going to protect my body, because that food is very dangerous to my ability to breathe.”

Myth #2: If he’s hungry enough, he’ll eat! This is a huge myth that gets perpetuated, especially through pediatricians. Parents are often told that if their child won’t eat, just withhold food and eventually they’ll eat those foods. But if a child doesn’t have the skill to eat those foods, they’re not going to eat those foods. If you put on your war helmet and go to battle you put your child into an anxiety state, which—guess what?—suppresses hunger. Now you guys are fighting over food, he’s no longer hungry, and you are just stuck in a place where you feel like you can’t win.

Myth #3: Eating is easy. It’s quite the contrary! Eating is probably one of the hardest sensory experiences for any child. Eating involves smell, sight, taste, texture; all these sensory issues are involved in the feeding, and it really bombards these kiddos. They can’t control, or modulate,  and process all this sensory information. It really sends them over the top, and it sends them to that fight or flight stage again, and you’re back into that war or power struggle over feeding. So what kiddos do to protect themselves, if they can’t process that sensory information, is to use the primary system of visual. When they see the food, they’ll reject it immediately: “No way! That’s dangerous stuff! Get it out of here!”

Myth #4: It’s either behavioral or physical. A lot of people think that with feeding it’s either a behavioral issue, or it’s an organic cause. For instance, people think the child just wants the cookie but doesn’t want the meat. Or, that they just can’t physically eat the food.  But it’s never one or the other. It’s a complex process that is a mixture of all these things. It may have started as something organic—it may have been regurgitation, or poor motor skills that left them unable to handle the food. Then they developed these behaviors from what they perceived as a child or infant that made feeding so hard.

If you go in with the right mentality and dispel these myths, you won’t feel as guilty when it comes to the feeding experience. We recommend for any parent to look at the motor component that goes into it, the sensory component, and have a medical professional break down everything that goes into feeding. If it’s just you and the child, and you two are fighting about food—no one wins that fight. There’s so much anxiety behind these fights. We hear stories all the time of parents who are just at their wit’s end about what to do with their child, who is eating a steady diet of only chicken McNuggets because that’s all they’ll eat! We don’t want the child to grow up with the mentality that that is the only thing they can eat. At the same time, we don’t want the parents to have the mentality that they either have to fight the child, or give them what they want. There’s always a middle ground, and you should rely on your medical professionals to find you that middle ground. Need help putting together a meal plan for your kiddo? Give us a call!